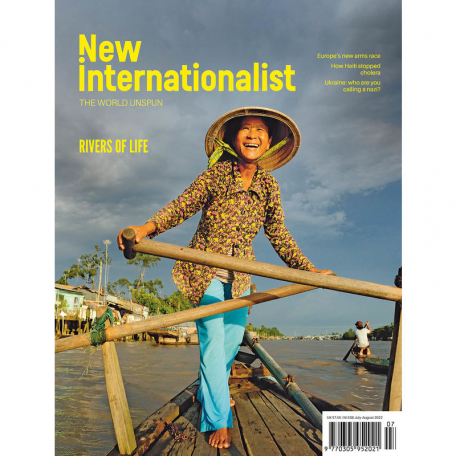 The July/August edition of New Internationalist reports on how Indigenous movements are fighting for change from in Peru, Mongolia and the US – by demanding legal protection for rivers as living beings, an end to polluting activity and campaigning for dams to be removed. We also make the case for more enlightened governance, both nationally and globally.

Elsewhere in the issue, we report on the renewed arms race in Europe in the wake of the invasion of Ukraine, how Haiti has driven out cholera, and the protest value of underwear.

Your magazine will be sent out directly from New Internationalist.