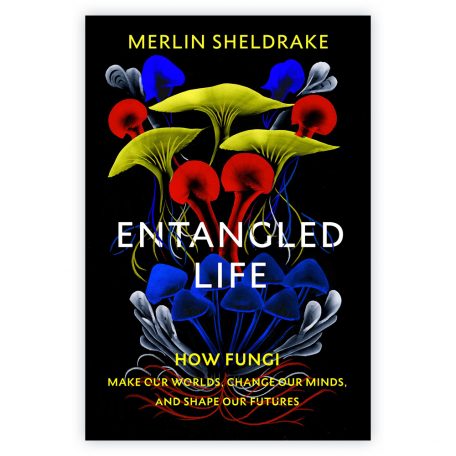 From redefining the boundaries of intelligent life forms to providing us with the building blocks of foodstuffs and medicines, Entangled Life demonstrates just how integral fungi are to sustained living on this planet.

There is a lifeform so strange and wondrous that it forces us to rethink how life works...

Neither plant nor animal, it is found throughout the earth, the air and our bodies. It can be microscopic, yet also accounts for the largest organisms ever recorded, living for millennia and weighing tens of thousands of tonnes. Its ability to digest rock enabled the first life on land, it can survive unprotected in space, and thrives amidst nuclear radiation.

In this captivating adventure, Merlin Sheldrake explores the spectacular and neglected world of fungi: endlessly surprising organisms that sustain nearly all living systems.

Entangled Life is a mind-altering journey into this hidden kingdom of life, and shows that fungi are key to understanding the planet on which we live, and the ways we think, feel and behave. The more we learn about fungi, the less makes sense without them.